Every once in a while this dear sweet island nation erupts into furious debate. You may remember that this happened last year when tempers frayed, damning letters were written to national newspapers and news broadcasts were devoted to a matter of national importance - the state of British underpants. If you don’t recall it, you can read my post about this delicate, intimate matter here.

But now, a more terrifying, a more sinister and even more horrifying debate has arisen. Yes, I know Peter Mandelson, aka “The Prince of Darkness” has returned to government but it’s something far more dreadful than even the return of The Beast. It’s something that will bring voters out onto the streets, geriatrics out of their electric wheelchairs and babies out of their buggies!

By the by, have you noticed how old biddies in electric wheel chairs excel at knee crushing and leg crumpling? What's more, watch out for 2lbs of sausages and a tube of denture fix-it cream clouting you in the face at 30mph. Yeah, let's face it -who needs Panzer tanks and an elite SS division when a fleet of old grannies in thermal tights and tea cosy hats could overrun Poland in less than half the time it takes to cross the Rhine.
Anyway, those conniving Scots have been behaving subversively again. It's bad enough Gordon Brown infiltrating Westminster but now those rotten Celts have been trying to influence the corridors of power by suggesting ..... horror of horrors... a tax on chocolate! Yes, despite the standard tax on it already of 15% a Scottish General practitioner, Doctor David Walker, believes a further tax will help to curb the growing problem of obesity. Oh come on! Get real Mr Walker! Chocolate lovers are addicts like alcoholics and druggies! Will an extra tax stop them? NO! And why should poor hardworking housewives like Mrs T with her increasingly emptying wallet who need a small discreet choccy fix to help them through the long arduous days have to suffer so the government can make a fast buck? It's outrageous, it's heinous, it's a crime against humanity! (Well against me anyway.)
Hey, and we're not even talking about a teeny weeny tax like 1% 0r 2% but a massive, wallet crucifying 20%. Disgusting! Personally, I'm putting Dr Walker's beastly behaviour down to the long winter and the prolonged draught up his kilt.
However, on hearing this shocking news I was to forced to act quickly. Even a whisper of such a tax could not be allowed to reach the ears of The Chancellor who is renowned in the provinces for stealing from poor humble workers like Mrs T and giving to the rich. Indeed rumour has it that at he walks the streets of London preying on the collection tins of tramps and beggars, posing as a charity collector and busking in the London Underground whilst miming to "My Way."
So I mobilized my army of like minded housewives and equipped myself with my full range of Anti -Celt artillery and head to Scotland for a meeting of The British Medical Association where the evil Dr Walker and his twisted colleagues were meeting to discuss this ludicrous proposal. I put on my combat gear (Curlers, pinafore and green wellies) and loaded my armoury into my deadly CMAX (fully equipped with it's full range of anti GP missiles and the notorious 25mm custard tart launcher) and headed Up North to the land of Robbie Burns, haggis and strange bearded men in chequered skirts....
The Armoury; 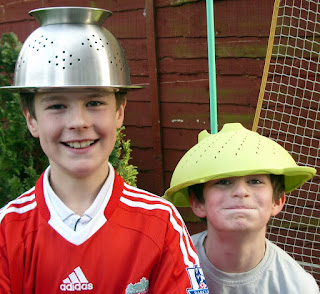 Helmets - as modeled by the Master Jacob and Master Benedict. Master Jacob wears the £5.99 deluxe version available from all major retail outlets or alternatively it can be purchased online from Mrstkitchenequipment.com. Not suitable for rainy days but useful for prompt attention at the supermarket; if you feel like jumping the queue place the helmet on your head and not only will you be moved to the front of the queue you will be escorted off the premises without even paying for your shopping. Master Benedict wears the economy version which is particularly good on secret missions where you wish to disguise yourself as a potted plant, a Greenpeace activist or a Vietnamese fashion designer. Again, not particularly good on rainy days but slightly less noisy than the deluxe model when has a tendency to cause ringing in the ears.

The latest designer breast plates. Essential for any women above a size 32AA. Also double as weapons of mass destruction, bottom moulds and a portable drum kit. Can be stacked easily when not in use. Somewhat pricey but come with lifetime guarantees ensuring years of trouble free maiming. 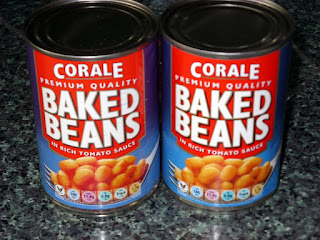 Surface to air missiles. Easily stored deadly weapons which can cause concussion, visual disturbances and acute organ failure. Can be launched manually or using the 2009 Broomstick Lever and Rebound system. Excellent for subterfuge and particularly useful when trying to sabotage nuclear power stations, TV shopping channels and the homes of diet gurus. Maintain excellent cruise control in the air. Currently under development as a renewable energy source as a new form of wind power. 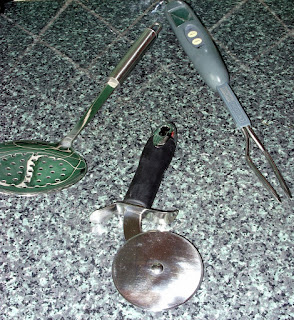 Hand to hand close combat weapons. From left to right; The Smacker, The Slicer and The Pricker. The Pricker is particularly useful for lifting the skirts of fleeing Scotsmen. 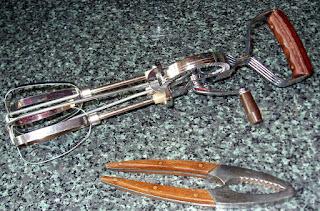 Instruments of torture; The Whisker and The Nut Cracker. Excellent for reducing grown men to tears. On the rare occasion that a man may resist it is possible to upgrade to the latest electronic versions. These are the Housewife Extraordinaire's favourite weapons of choice particularly for those more intimate and challenging moments. The Nutcracker fits nicely into a handbag which is useful for taking the enemy by surprise, especially from the rear.

So fully quipped I set off on my mission to restore common sense to the Scottish contingent....

On reaching my destination, rumours of an invading English army of housewives had already reached the ears of Dr Walker and his feeble GP colleagues who had fled fearful of the wrath of the Housewife Extraordinaire. But following a trail of haggis crumbs left by my double agent, Jacqueline Hyde, I tracked Dr Walker down to a small hovel on the outskirts of Glasgow. Knocking down his door with my breast plates, whilst my army bayed outside for his blood, I entered his miserable, tartan carpeted, abode and then.....