Showing posts from April, 2008
Show all

Something a little different 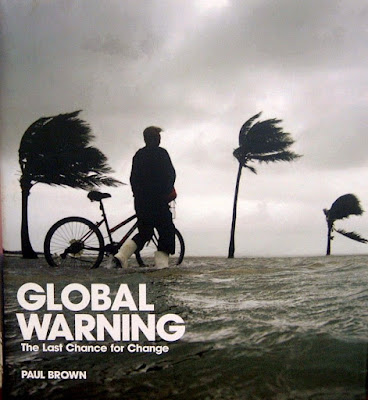 Last week I met a man.

He was average sized, average looking and in his early sixties. Yet he had the confidence and poise of a man in his later years who has travelled the world, talked with eminent people and experienced both joy and despair. A natural warmth and friendliness emanated when he spoke. I wondered whether he ever relaxed with his feet up on an old stool whilst reading the newspaper, sipping tea and glancing at Match of the Day; a man comfortable in his retirement.

But I doubt it, because I saw fear in his eyes.

His name is Paul Brown and he worries for the existence of the human race.

Paul has spent his life working as a journalist in the UK. For the last sixteen years he worked as the environment correspondent for The Guardian one of the most respected newspapers in the country. He has talked with politicians and scientists the world over, he has read and written article after article all indicating one thing; the human race is on the edge of a major disaster, possibly eve…
8 comments
Read more

Politicians, Education and a little bit of Madness

Well friends and fellow Bloggers I’m feeling in a frivolous mood lately; I don’t know why but those new size 18 knickers have certainly released some tension.

Before I start, please don’t forget to read my previous post and enter my stupendous competition. Now both Eve’s Lungs and Onedia have raised concerns about the cost of posting the prizes. Let me assure you ladies and gents that I shall be able to afford it; I have worked out that if postage is approx £10 to distant shores if I save 50p out of my very generous allowance that Mr T gives me of £2.50p a week it will only take 20 weeks to accumulate enough pennies for the postage. With any luck the star prize winner will receive his/ her gift in time for Christmas! (The downside to this is that I will have to drop from 4 bars of Galaxy down to 3 a week but you know – where needs must.)

Now I must just recount a little story from Friday morning. I was bending over (yes, I know; a very worrying situation if you’re top heavy but unfortun…
9 comments
Read more

Well. It’s about time I wrote another post; I’m sure you must all think I’m a lazy good for nothing housewife who sits nibbling chocolate chip cookies all day. Now I won’t deny there’s a slight degree of accuracy in that statement…but I’d just like to point out they’re lovely miniature chocolate chip cookies which are sooo tasty and because they are so tiny I get to eat twice as many! Hurray!

Anyway I’m just going to waffle and we’ll see what happens which is pretty much like when I cook; at first when I crack those eggs I dream of lovely pert yolks and handing Mr T his fried Sunday breakfast with the eggs beautifully placed aside a lovely piece of finely charred bacon. But alas they always seem to end up scrambled. I’m not sure why although I’m still not certain about the difference between spatulas and whisks. I quite like poached eggs myself but the last time I tried that the farmer got really, really cross.

However, I suppose I could pop down to Mrs A’s house to find out about spatu…
31 comments
Read more

Mrs T is not Dead! 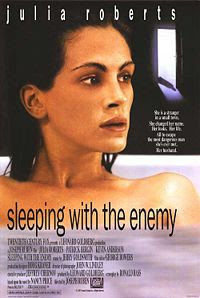 Yes, yes I am still alive. I am not dead! Although Mr T swears the lack of movement in my legs is actually first stage rigor mortis. (Humph, I think I’m gonna play dead next time he tries getting fruity just to make him eat his own words) Of course there are many, many people who would like me to be dead…but that’s another story which if I don’t get distracted I might embellish later.

Now Mr T would obviously like me to be dead because he would no longer have to endure my feeble attempts at cooking and he would also get a big payout from the insurance company which would enable him to hire a proper cleaner which for him would be sheer unadulterated bliss. Now I’m not saying Mr T is obsessed with cleaning, tidying and all things of a household nature but he’s rather partial to that film Sleeping with the Enemy, starring Julia Roberts in which the psychotic husband (Patrick Bergin) lines up all the jars, tins and towels in order. I’m rather partial to the film too but I can tell you this…
22 comments
Read more
More posts