Showing posts from February, 2008
Show all

Mrs Turley, Housewife extraordinaire is in very deep trouble Readers; I am under house arrest. Yes, at this very moment two (lovely) young gentlemen from Her Majesty’s Secret Service are standing to attention outside my door. Why? I hear you say… Well, it happened like this…

Mr Turley forbade me from doing any more blogging until the house was spick and span and I’d completed all my charitable deeds for the boy’s sports clubs. So by last night I was wild, livid, and prepared finally to throw the tea towel in; I could stand no more of this drudgery and so I planned a cunning escape. Having failed with the tunnel, I decided to take the more conniving route of escape... Through the front door in the early hours (Mr Turley would never expect such blatant audacity) and Mr Turley who sleeps like an elephant (and makes a similar sound too) would not hear me and I would slip quietly away into the night…

And so I packed my handbag with all the necessary items I needed to start a new life;

Oh what joy, at last I have (temporarily) finished doing all those charitable deeds that a mother of three boys must do and at last I am free to blog again! Anyhow before I get going tomorrow on various dubious subjects connected with the Art of Housewifery I thought I’d post my latest football report for the BBC; I’m afraid all that talk of Luke Warmwater put me in a Star Wars frame of mind over the weekend. There’s not a lot about football in it really… anyway if you like it and fancy reading other complete garbage in the vein of Charles Dickens and Jane Austen click on my BBC links for the other drivel.

Soccer Wars; The Return of Samba Southcott Owls U7 3 -7 Samba Rio U7
A long time ago in a field far, far away there was a great Soccer War. The Rebels, Aylesbury Athletic, who came from a hidden Buckinghamshire base, had lost their first conflict against The Evil Sithcott Owls.

During the first battle, Samba Pele lost 2-4 but now they were fielding their premier team, Samba Rio, in an …
3 comments
Read more

A Word of Thanks from Jane, The Witty and Wayward Wife...and some other stuff... 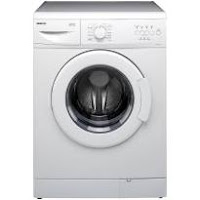 Well folks, before I retreat in to my usual idiocy, I want to say a few words of thanks.

However, first I must inform you that both the washing machine and the cooker bit the dust last week. I have taken great delight in this…why I would have a genuine excuse not to wash and iron and even more importantly, not to cook. Hurrah! Oh, I have had dreams of this for years, fantasies of a relaxing week, indulging myself in a scrumptious box of chocolates whilst watch the steaming pile of fetid laundry grow so enormous that Mr Turley would be forced to employ a Housekeeper to prevent my imminent breakdown…..

But Alas! Woe, woe, woe is me, for Mr Turley, who has an affection for cleanliness and tidiness uncommon amongst his gender, dashed to his computer with undignified speed to peruse the internet for a replacement washing machine. (The said item being ancient and worn out by cycle upon cycle of dirty wretched football attire and not in the least worth repairing.)

So regrettably, and with a he…
7 comments
Read more

I know, I know, I should have done my homework but I didn’t. Apparently there are lots of mad housewives; well I know this is true because madness is actually a very serious affliction which can become highly contagious particularly if you’ve been at home for at least 10 years. (Or in my case about approaching 17 as I managed to get pregnant on my wedding night.) It was a very (clears throat with embarrassment) “productive” wedding night, which is quite surprising really as some over zealous friends stole everything from our hotel bedroom except the towels. (Oh and I also locked Mr Turley in the bedroom the next morning so he couldn’t have any breakfast by which time folks he was in dire need of vital nourishment.) Anyway the product was Master Samuel who arrived (genuinely) 5 weeks early to sound of much tut-tut ting from aged maiden aunts. Thus I have remained, bar a few brief interlude…
53 comments
Read more

Now should you have been a brave enough person to have already read my previous School Run tirade or to trawl back and read it now you’ll know that The School Run is not my favourite time of day.

In fact, today may be the actual day that I am summoned into school to be reprimanded for Young Master Benedict not only repeating my colourful language but also his possible expulsion for his accompanying interesting gesticulations.

Yes, a very naughty man in a pickup truck thoughtlessly obscured my vision in two separate incidents; one on the central reservation of a highly dangerous road. I was not happy bunny at all; I was a very cross bunny indeed. By the way I don’t look like a bunny; it’s a metaphorical English expression. (Although I admit I did have plastic surgery to relocate my ears but I kept catching them in the car door so I had the operation reversed.)

However, I have been working on a series of viable of excuses to give the headmistress which are;

1. I have Tourettes Syndrome; I a…
7 comments
Read more

The Rise and Fall of British Pants. 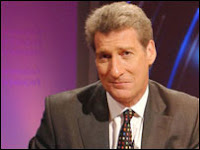 I hope, Dear Readers, you have not been unduly concerned about my relative silence. I have indeed been struck dumb for a brief period by a most extraordinary event that has been the source of great consternation in this green and pleasant land. There has been a national scandal of truly tremendous proportions which has stirred the nation into vile and voracious argument. I have been lying prostrate in my bed, shocked to the core, by some terrifying news; for there has been unleashed upon the general public the breaking news that one of our most revered and distinguished broadcasters, a bastion of the BBC has soiled his pants…sorry his reputation … with the revelations that…

Now I know “pants” in America actually means “Trousers” but in the UK pants are undergarments with a multitude of other names such as knickers, boxers, g-strings, hipsters, jockeys, y-fronts, thongs, briefs, shreddies and if your particularly common; cheese …
9 comments
Read more
More posts