Yep, this is not the post I was going to write. I was going to write a post titled "A Year in the Life of a Blogger" and in fact I had already started it when Whoopsy! - I lost it. I've no idea how but no amount of making gentle cooing noises to my PC, offering to soothe it's weary keypad with my silky feather duster and tickle its lead with my negligee would entice it to bring back my post.

Naturally, I tried my other tactic which I learnt from watching Columbo..... sneaking around the PC in a dirty old mac, casually asking routine questions whilst admiring the curtains and then just as I am about to exit the room, turning around and pointedly remarking;

" And where were you 12 hours ago when the text mysteriously disappeared? And don't give me that line about being in the john... and I don't care if you are wireless you still can't make it there on your own....."

But oh no, my PC still wouldn't talk. Even when I angled my lamp, got out my tweezers and said;

"I have vays of making you talk. You vill tell me where ze text is or you vill be punished!"

Nope, nothing worked. Not even smothering my PC in my granny knickers till it overheated.

Humph. My dastardedly PC knows how to hold out under really serious torture. So I did what any normal woman does in these circumstances; I got out my frying pan.

I've now renamed Percy the PC to Limpy the Laptop.

Anyway, the mystery still isn't solved. So here's an abbreviated version of my missing post;

On the 27th December I completed one year's blogging. Hurrah!

This amazing statement was then followed by a recount of various events during the year including;

2. Eating too much chocolate, burning too many teas and doing as little cleaning as possible whilst perpetually covering Mr T's glasses in a thin layer of goose fat.

3. Offering my arse to the Swiss government should they need assitance in filling in any black holes caused by the Hadron Collider.

5. Being somewhat amused that American presidents' secret service codenames are public knowledge on Wikipedia. Being even more amused that Ronald Reagan's codename was"Rawhide."

6. Sending a text to the FBI saying Excellent piece of subterfuge; no one will think of looking on Wikipedia for codenames. I recommend you give the Director of the FBI the secret codename "Jackass."

7. Donning my bullet proof vest and hiding out under the hyacinth bush.

8. Discovering something horrid in my bed; 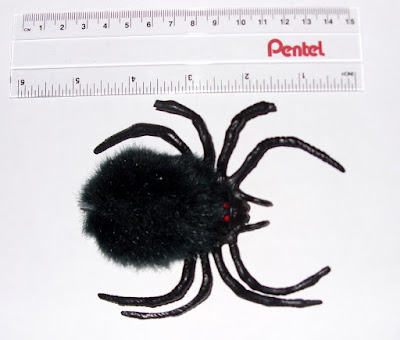 Yes, those little b..b...b.. boys. However, whilst discovering the naughty young masters were responsible for this fiendish crime and duly locking them in The Turley Dungeon I was also mightily relieved this was not a plot by the FBI to dispose of Mrs T. (Then I came to my senses and realised that such a scheme would have been far to cunning.)

9. Being hugely disappointed that Master Sy already had the Tee shirt I planned to get him for Christmas but then I found this; 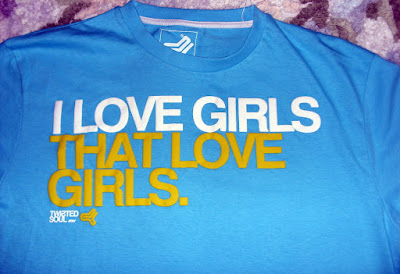 Perrrrfect! I bought an XXL as Master Sy tells me he is a little on the porky side at the moment. But he tells me it fitted perfectly - around his ankle.

10. Making some very good friends all around the world.

So a Happy New Year to all my friends and readers across the world! May 2009 bring you all peace, joy and happiness and maybe someday soon our world will become a far better place.

Email ThisBlogThis!Share to TwitterShare to FacebookShare to Pinterest
Labels: The Wicked Ways of Mrs T