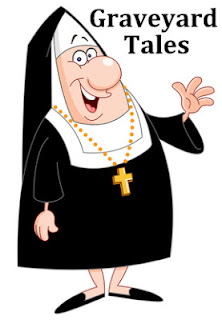 “Good Morning, Douglas. I see you’re up to your neck in it.”