As some of you are aware I have been experimenting with my writing. A while back I wrote a short story which was published on The View From Here which I've now also published below it's called In the Wink of an Eye. It marks quite a different departure for me as it's a war story which has quite a surreal element to it. It is also written in the Second Person; an idea which I'd been toying with for sometime but finally got the push to do it when I read that Georgie was experimenting with it too. 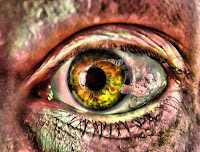 Email ThisBlogThis!Share to TwitterShare to FacebookShare to Pinterest
Labels: A short story, In the Wink of an Eye, Jane Turely, surreal, War Story