Patience, Impatience and a Mission Statement

Now, I am sure you folks out there know how patient we Brits are about standing in queues. I'm not sure where all this patience originates from because personally I'd like to club some of the people standing in front of me in the supermarket queue. You know the ones - you've been standing in the queue for twenty minutes and the person in front of you announces they've forgotten something and heads off to the meat counter and doesn't return for ten minutes. Meanwhile, you're still standing in the queue watching the hands of your watch tick away like an unexploded bomb knowing that you've got pack, pay and repack the groceries into your car and drive across town pick up your kids in less than ten minutes.

Then, of course, when the customer finally returns from their sojourn they forlornly announce that the turkey mince they wanted for their cat wasn't supplied in a small enough quantities.

It is at this point that you grip the stick of French bread your holding so tight it starts to crumble as you imagine clubbing the customer with it before strangling them with a string of sausages.

Hmm...I wonder if they need a new script writer for CSI?

I think I need to write more murderous fiction. I need to let out all my pent-up frustrations with supermarkets.

And quite a few other things. My weighing scales for starters. Those things are jinxed. I have to keep buying new ones as there is no way I weigh that much. There's a lot of faulty manufacturing going on out there in the world of bathroom scales and someone needs to sort it out.

Episode 25: The Revenge of Womanhood

Yeah, so murderous writing could be good therapy for me. Instead of verging on my usual mania, I'd probably end up really chilled-out, performing yoga and floating votive candles in the bath. I might even start wearing crochet multi-coloured jumpers.

By the way, do people really float candles in the bath? Or is that just in the movies? Maybe it's what incredibly rich people who live in LA do - I suppose they're the only ones who can afford the plastic surgery if they accidentally set their pubic hair alight.

So anyway, I expect you've all heard the phrase "patience is a virtue."

Some phrases just annoy the hell out of you. "Patience is a virtue" is one of them. I mean, having patience is plain boring isn't it? You know what I am talking about -you're stuck in a traffic jam on the motorway and whilst you exchange empathetic grimaces with the driver in the next lane and glance at your watch trying not to look too concerned, what you really want to do is leap out off your car, march to the front of the queue and rant and rave (and possibly kill) whoever is holding up the traffic.

Except no one will be there, of course. They'll be just a load of cones which seem to have no purpose whatsoever. They'll just be rows and rows of cones which have descended on the motorway like a fleet of Daleks, determined to screw up your life for all eternity.

Anyway, what I am getting around to saying is that I think I am getting less patient as I get older. I have feeling this is not how it is meant to be. Aren't people meant to become more patient and wiser as they age? Aren't I supposed to sit patiently for hours, chewing tobacco like one of those Indian Chieftains, before dispensing some profound statement like "Man who is impatient will get speeding fine," or "Woman who makes haste will catch her heel in pavement."

You see, literary agents are the key to a traditional publishing contract. You can't get anywhere without one unless you hit the seriously big time as a self-published author like E L James did with Fifty Shades or Hugh Howey did will Wool.

Now imagine being stuck on the traffic lights on AMBER for four whole months. Every now and then you rev your engine and think any minute now I'm gonna GO and then just for a moment you think it flicks to green but before you can put the car into gear it flicks back to orange and then finally onto red.

Hey, don't blame for getting some good stuff in amongst the rejections. Do you want poor Mrs T to become depressed? A gal's gotta keep her ego up somehow.

So anyway, as yet, no one wants to take a chance on a comedy novel that isn't a romance or by some big cheese author.

What the hell more do they want? I mean isn't "funny", "engaging", "well-written" and "entertaining on all levels" good enough?

Do these agents want my blood spread over their desks or what?

Maybe they want my super seductive 48-year old body as well? Is that it? Maybe I should dress up in a low cut dress and sing "Hello, Mr Agent" all gooey like Marilyn Monroe did for JFK?

What? What? What is they want?

(Apart from a sure-fire bestseller written by a celebrity obviously.)

Now I could work my way through all the UK agents but I can't be bothered my engine has burnt out with all the revving.

So I've come to the conclusion, you can't always wait for things to happen, you have to make them happen. After all, I could get run-over tomorrow and The Changing Room would never see the light of day and I have worked too hard to get to this stage to let it die with me and the bus.

So I have ordered my ISBN numbers and I now anticipate A Modern Life will be published later this month when the ISBN numbers arrive in my inbox.  A Modern Life will also contain the opening chapter of  The Changing Room which, if you haven't worked it out by now, is a rip-roaring roller-coaster of a comedy. The first chapter will give you a good flavour - but you'll have to pay to read the telephone sex chapters. But they're good. Worth every penny of the extortionate amount I'm going to charge.

Okay, it not going to be that expensive. Just a fair price.

Anyway get ready, folks, Mrs T is finally going into the unknown. Accordingly, I've put together a mission statement. It goes like this:

Publishing: the final frontier. These are the ramblings of the Housewife Extraordinaire. Her seven-year mission: to explore strange new words, to seek out new characters and new genres, to boldly go where no writer has gone before.


Obviously, I spent a lot of time thinking about that mission statement.

Anyway, you know what that kind of mission statement and ambition does to a woman like me? It does this: 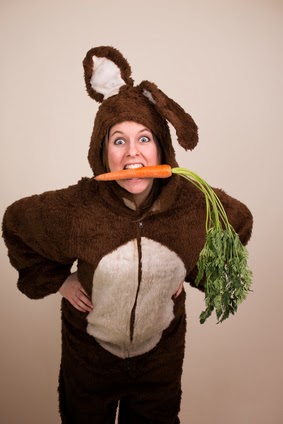