Right, so I've written a really stupid story. However, I am not taking the blame for it. I know that makes me sound like a politician but at least I'm not charging anyone to read it or trying to claim for a cheese sandwich whilst I was writing it. Anyway, I am blaming my writing buddy, Gary Davison. You may remember that this is one of Gary's books...

....which just in case you haven't got your glasses on it's about streaking. (It's a very subtle cover as you can see.) What I want to know is what the hell is Robin doing running across the cover? I hope Batman doesn't get jealous. (Could be the makings of a sequel there, Gary.) Anyway streaking is a novel choice for a novel (and Streakers is pretty funny) so maybe I shouldn't be surprised that Gary set me the almost insurmountable task of writing a story with the following instructions;

Man and woman in an office, sitting at their desks, perhaps discussing one of the following:
a) Tea or coffee?

b) Sun or skiing?

c) Playing the 'if you had to, which would you?' game. Using all people in the office. You know, if you had to would you do Linda or Mel? Chance to bring more people into the story. Can have plenty of characters walking in and out to add to story - maybe a bit of drama like someone left a shit in the toilet :)


Well, as you can see, it wasn't an easy task Gary had set - as I had to immediately scratch out the tea and coffee/sun and skiing scenarios. I mean how boring would those be?

Bob: Which do you like best: tea or coffee?

Bob: I only have one.

Jim: Only one sugar?

Bob: No, only one biscuit. For Dunking.

Jim: Oh.( Looks out of window, depressed) Where you going for you holiday?

Bob: Tenerife. (Looks out of window, depressed.) For the sunshine.

Yes, it's fair to say I wasn't exactly inspired by the idea of a story of about tea and coffee. The potential scenario reminded of those horrendous "lets all bore each other senseless" conversations at the hairdressers where the hairdresser asks you if you want a coffee or tea (I won't go into detail for obvious reasons) and follows it by asking where you're going for your hols. Then she has the audacity to charge you an extra fiver for being friendly. (Consequently, as you can imagine, I don't talk much at the hairdressers. Just the occasional grunt if the girl is looking too enthusiastic with her scissors.)

Anyway, that sort of left the mouse, the shit and maybe some hanky panky going on. And this what I came up with. Brace yourselves folks - we're not looking at Nobel prize literature stuff here. However, I am thinking of offering myself as a ghost writer for Jordan (aka Katie Price.)

Trouble in the Office


Steve and Rich glanced at each other and grinned; perhaps Mr Johnson wasn’t such a big turd after all. 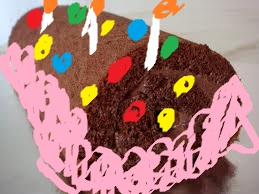 See, I told you it was daft.  Now if anyone wants to set me a scenario which has the potential for explosive literary drama please do so. I love a good challenge and nothing can be harder than that last one!

Email ThisBlogThis!Share to TwitterShare to FacebookShare to Pinterest
Labels: Gary Davison, short story, Streakers, The Wicked Ways of Mrs T, trouble in the office, What a load of waffle. Undeniably.