So, as usual, I am spending the summer holidays on the tennis circuit. This year has been slightly different as last week Master Benedict got the chance to play at Wimbledon in a national U14 tournament. He reached the last sixteen of the singles and won the doubles title 6 - 4,  6 - 1. Being only 13, if he gets through the qualifying rounds next year, he will get a chance to compete again. I'm looking forward to him taking on the might of the LTA sponsored kids and seeing just what he can do at the next level. 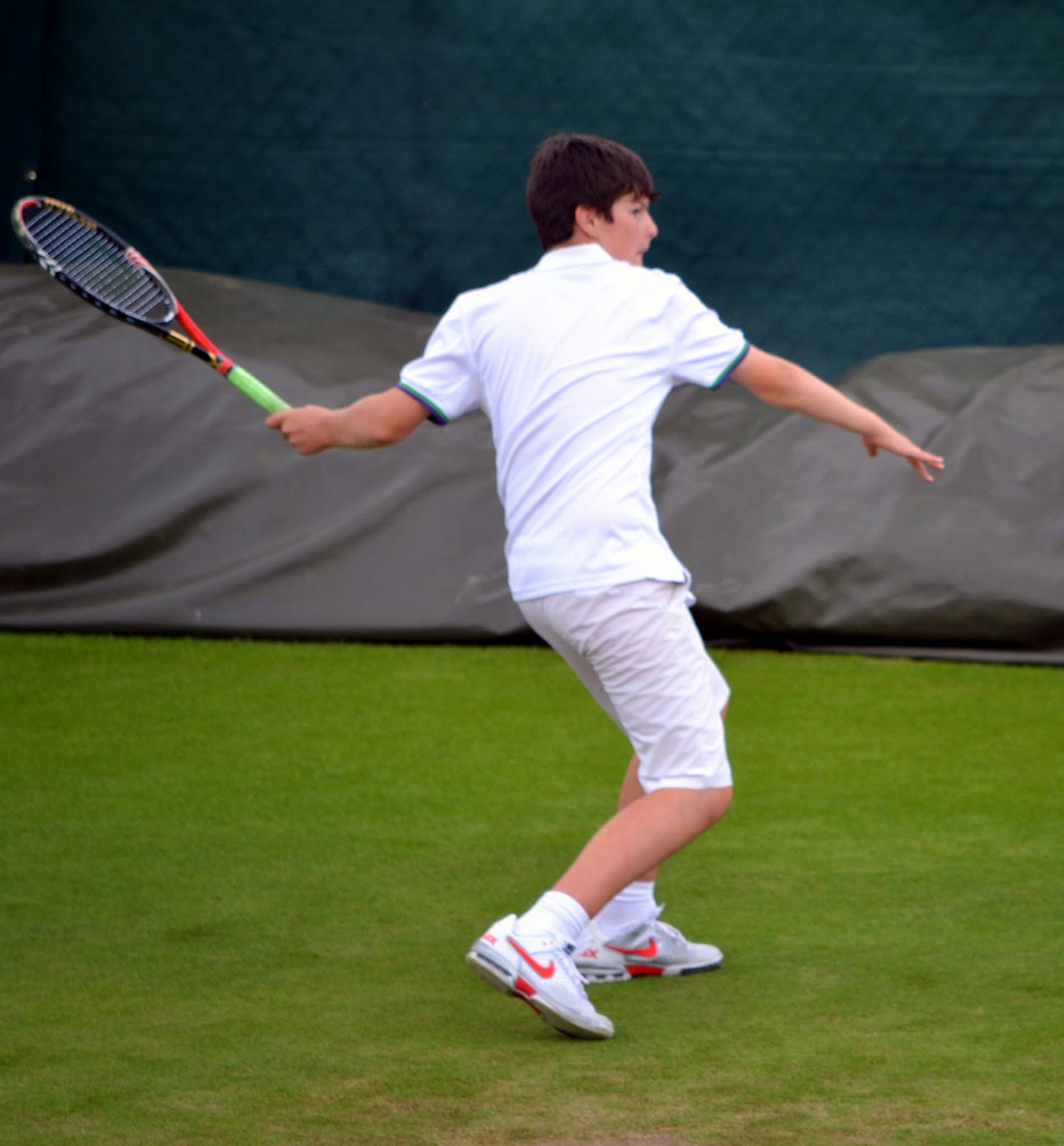 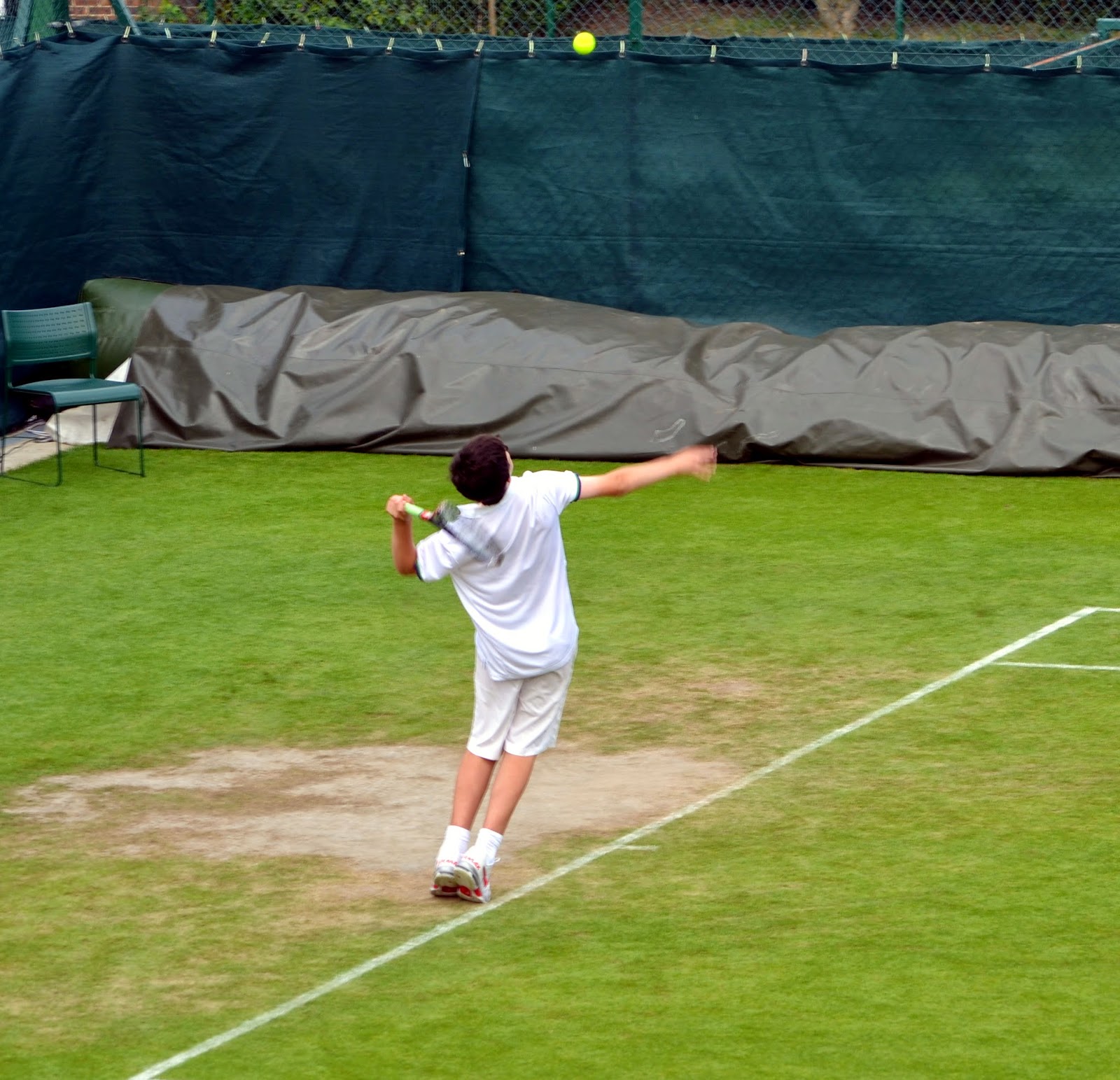 My boys, Jacob and Ben, now hold nine county titles and one national title between them but, despite Jacob being no 1 in our county almost consistently since the age of nine and Ben since the age of seven, in all that time they have only received £300 of funding between them - which will just about pay for two reels of their tennis strings. Unfortunately, in order to get them to the next level, it looks like I'm gonna have to write some sleazy sex and gun-toting blockbuster to finance their training because having a nine to five job when you're committed to sport is nigh impossible and tennis is seriously expensive. So my ManBooker dream is well and truly over. Ah well. You can't win 'em all.  Anyhow, if you can't wait for my take on Fifty Shades meets Pulp Fiction you can help spread the word about my novel, The Changing Room, which isn't Fifty Shades meets Pulp Fiction - although it is kinda sleazy in places. (Hey ho.) The eBook is less than a cup of coffee on Amazon at the moment. So yep, I do have other motivations for wanting to be a successful writer other than just the sound of my own voice (although admittedly that is a quite a big attraction) so now with Master Ben's big win I suppose one might say - it's game on.